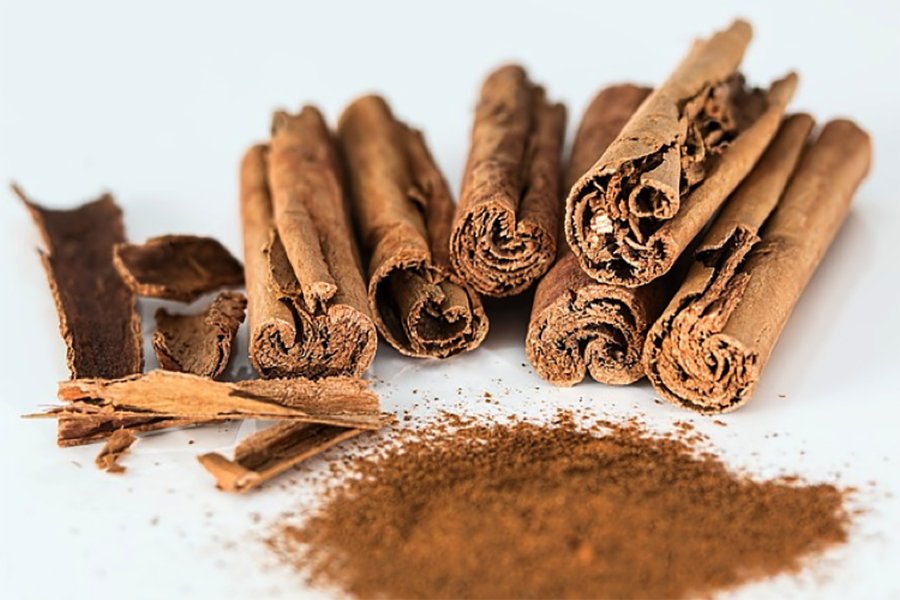 Sometimes we get so caught up in eating “clean” that we forget about the medicinal properties of what we eat. We often forget that besides adding vibrant and delicious flavors to our food, herbs and spices can improve our health. In fact, many herbs and spices are LOADED with health boosting properties.

Cinnamon is one of my favorite spices. One, it’s so easy to incorporate into your diet, and two, it’s very good for you!

Cinnamon can not only spice up your food, but it can also rejuvenate your body! Here are just a few of cinnamon’s health boosting benefits:

1. Slows down aging: Cinnamon has HIGH levels of antioxidants, which protects the body from oxidative damage caused by free radicals. Oxidative damage ages the body prematurely, and it’s at the heart of many chronic diseases.

2. Cuts the risk of heart disease: Several studies have shown that cinnamon reduces the levels of total cholesterol in the body, specifically LDL cholesterol and triglycerides.

4. Brain Health: Recent neurological studies have shown that cinnamon may improve two of the most neurodegenerative diseases, Alzheimer’s and Parkinson’s.

5. Lowers blood sugar levels: Cinnamon is a good source of chromium, an essential trace mineral required by the body for normal carbohydrate metabolism. I should note, there has been some research that shows it isn’t the chromium, but an active component in cinnamon that helps to lower glucose levels. Nonetheless, cinnamon has been proven to aid in the breakdown of carbohydrates and lower glucose levels.

So what’s the best way to incorporate cinnamon into your diet?

When it comes to herbs and spices, more isn’t always better! For all spices and herbs, the body has a tolerable threshold of consumption, so going out and buying capsules is NOT always advised. One-half to one teaspoon is the recommended amount of cinnamon per day.

Here are some simple ideas to get you started:

A quick note about your cinnamon choice! There are two varieties of this savory spice, Cassia and Ceylon; the latter of which is known as true cinnamon.

There have been recent studies highlighting the toxicity of Cassia cinnamon in larger doses, mainly due to the higher concentration of coumarin. The Cassia variety of cinnamon is fine in smaller quantities, but it’s not as suitable for daily consumption.

Unfortunately, Cassia is the type of cinnamon found in most supermarkets, so you may have to do a bit of searching for Ceylon cinnamon.

Enjoy integrating a little cinnamon into your diet this week! Any questions or comments you can find me at kendrahepstein@gmail.com.

To Your Amazing Health,

* This information should not be seen as medical advice and is not meant to take the place of seeing a licensed health professional. You should discuss any dietary supplement use and should not discontinue any prescription medication without first consulting your doctor.

We ALL want tips and information designed to help us feel and look amazing. I've got you covered. My weekly newsletter is the answer. Sign up here.

MORE FROM THE BLOG